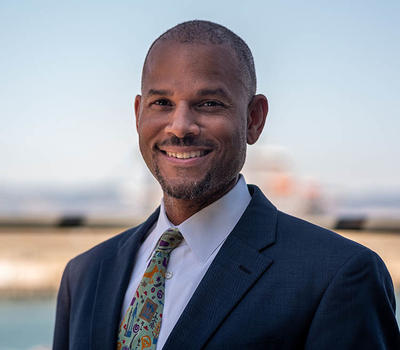 As UC Berkeley’s Chief People & Culture Officer (Associate Vice Chancellor), Eugene leads a 75-person human resources department including talent acquisition, people and organization development, employee and labor relations, total rewards, diversity equity, inclusion and belonging, and human resources information systems. Eugene also serves on the governing board of the American Research Universities-Human Resources Institute and the Human Resources Leadership Council for the University of California. During his time at UC Berkeley, Eugene has emphasized the creation of a workplace where everyone can be themselves and feel like they belong.

Prior to UC Berkeley, Eugene served as the Vice Chancellor, Human Resources and General Counsel for the San Mateo County Community College District. Eugene is most proud of his work to infuse equity into the hiring process by rewriting job announcements and interview questions, as well as training each person who is part of the decision-making process on the benefits of diversity and reducing the impact of unconscious bias. In 2017, the Association of California Community College Administrators selected Eugene for its “Progress in Diversity” Award given for “Outstanding Achievement in Support of Diversity in the Higher Education Community.”

Eugene also served as a Deputy County Counsel for the County of San Mateo for eight years where he primarily served as outside counsel for K-12 school districts. Eugene has also worked as a corporate attorney for DavisPolk in New York, Tokyo and Menlo Park, as an investment banker for Deutsche Bank in San Francisco and as a project manager for Stiftung, Wissenschaft und Politik in Berlin.