Berkeley Executive Search is the internal executive search service at the University of California, Berkeley. Our goal is to search, identify, and present qualified and diverse candidates to our senior leadership and hiring authorities. We partner and advise, and we work diligently and with integrity and service-focus.

Berkeley Executive Search (BES) is an executive search program that began at the University of California, Berkeley. As employees of the University of California, our goal is to contribute to the higher education missions of teaching, research, and public service, which are shaped by discovery and knowledge advancement. We are driven by the spirit of California entrepreneurship and the values of diversity, equity, and inclusion. Senior executives and leaders in higher education have the opportunity to directly impact campus communities and cultures and the effectiveness of their organizations in serving faculty, staff, and students. With that understanding, BES is committed to searching for the right matches between the institution’s current and future critical needs and the people at the specific time of their career and life to contribute to the leadership in serving the campus and missions.

From our background with the University of California, we bring a mixture of: understanding of broad education institutional goals and needs, nuances of higher education organizational structures, and a commitment to the missions, values and access of higher education. We possess experiences and expertise in the opportunities and challenges associated with searching for and recruiting senior level talent for a large, matrixed, research intensive academic campus. We are aware of the importance in building relationships with hiring authority and various stakeholders associated with each search as well as in advising prospective candidates with the navigation of organizational complexities and their career goals. We work to ensure the strategic alignment between the hiring authority and organization with the individual who will bring value and leadership to their team, the organization, and the institution.

As each search is different, we partner and collaborate with executives, hiring teams and search committees with diverse perspectives to understand the function, the critical business needs, and the desired outcome and impact for the ideal candidate(s). We engage with hiring authorities and their stakeholders to learn how best to partner & provide support. We research and learn about the organization and position, advise on the role and the search strategy, conduct extensive nationwide outreach to broaden the pool, and manage the complex process steps to strive for alignment among the search participants for a positive and successful outcome. We work to include excellence and diversity in each of our searches. We understand complex higher education structures and its challenges and opportunities. We have demonstrated successes in filling various senior level and challenging searches. 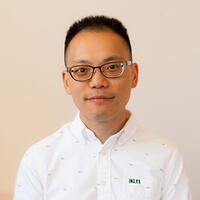 James Kao, Executive Search Manager, is a Cal alum and possesses a Masters in Fine Art from Central Saint Martins in London. James joined UC Berkeley Talent Acquisition Team in 2015. At Berkeley, James has successfully partnered with committees and project managed searches for various departments, cross-functions, project teams, and reorganizations. James took on executive searches where he advises campus executives and recruits for senior-level staff roles. Before coming back to Berkeley, James was part of the management team in visitor services at MoMA in New York where he oversaw lobby operations/administration and developed & managed staffing proposals for special curatorial projects. 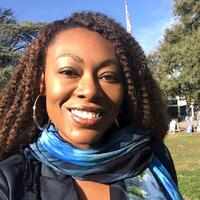 Elizabeth A. Mosley, Sr. Executive Search Advisor, joins us from Covered California, the health insurance marketplace for the state, and one of the largest, most successful health benefit exchanges in the country. During her tenure, she led recruitment efforts for numerous senior leadership searches including finance, IT, EEO, external affairs, and program integrity roles, and served as the HR representative on the Statewide Diversity, Equity, and Inclusion committee. Prior to her time with Covered California, Elizabeth was part of the UC Davis Executive Recruitment team, serving on multiple executive searches. Elizabeth earned her Bachelor's degree in Psychology with a minor in Sociology from the University of Illinois at Urbana-Champaign, where she also completed a Master's degree in Educational Policy Studies. Elizabeth has extensive experience in higher education—in administration, development, and recruitment, and has a passion for leading diversity, equity, and inclusion initiatives. 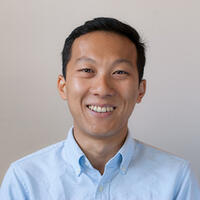 Harrison Chan, Executive Search Advisor, is a Cal alum and returned to his alma mater after some time in the technology sector as an operations professional in San Francisco. Harrison returned to UC Berkeley to join the Talent Acquisition team in late 2017 and transitioned to Executive Search shortly after. In his role, he provides direct support to the executive search function with administrative, research, and sourcing activities, as well as partnering on searches with the Executive Search Manager. Harrison also supports recruiting within the Finance and Administration divisions on campus, including the Controller's Office and portions of the VCA's immediate office. 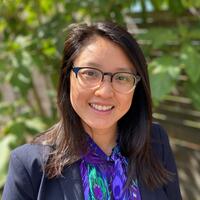 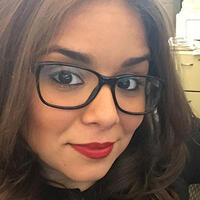 Yahaira Maldonado, Talent Acquisition Manager, with over 15 years of HR experience in different areas of HR. She holds an MA in Labor Relations and a BA in Human Resources from the University of Puerto Rico. She has been with UC Berkeley for 5 years. Currently, she supports Executive search and manages the Talent Acquisition team that services 94% of the University recruitment needs. 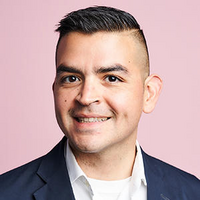 Alex Gomez, Director of Talent Acquisition, is a Cal alum. He has been at UC Berkeley for 17 years, moving from student to administration. Alex received his BA in Anthropology, and since graduating has been working in the recruitment and talent acquisition space. Alex was the inaugural recruitment supervisor when Shared Services at Berkeley was established and built the team as well as processes from scratch. He sponsored the creation of BES in partnership with HR leadership. He is passionate about bringing in talent to support the missions of Berkeley in teaching, research, and public service.

Candidate diversity is a focus at all stages of the search starting with understanding campus underutilization. BES searches for equity-minded applicants who represent the full diversity of California and who demonstrate a sensitivity to and understanding of the diverse academic, socioeconomic, cultural, disability, gender identity, sexual orientation, and ethnic backgrounds present in our community. Through our efforts, BES has shown that we have increased the strength and size of applicant pools, the number of diverse candidates, and  the percentage of affirmative action goals met in the searches we manage.

BES conducts a process mindful of equity and inclusion at every step. From identifying search committees with representative diversity to screening, interviewing and selection that incorporates inclusive language, process, evaluation and engagement. We not only lead with inclusive practices but also advocate for innovative best practices to ensure an inclusive thought. This also incorporates the training and tools to address managing unconscious bias in the hiring process.

When you work with our team, you can expect to be part of an inclusive, innovative and equity-focused community that approaches higher education as a matter of social justice that requires broad collaboration among faculty, staff, students and community partners.

Berkeley Executive Search has managed and advised on various senior-level searches across campus. We have also advised on other projects and re-organizations. The senior-level, executive and challenging successful searches that have been managed and supported by BES are below.